My first Pebble app is here!

- May 16, 2021
Hey, everyone! Today, I have some very exciting news. My first Pebble app has been released! Better yet, not only is it something pretty unique, but it also should be pretty familiar to those who have been following my blog and site for a little while. That's because this app is an all-new Pebble version of Compliment Moi!
While it shares a bit in common with its iOS and Android counterparts, this new version of Compliment Moi also has many unique elements. For example, since no Pebble watch has a camera on it, it does not take a photo of you. Additionally, you won't be finding specific compliment lists in this version of the app, as I wanted to keep it fairly simple.
However, how this version really differentiates itself is that it doesn't necessarily always compliment you. No, I'm not saying I've added insults now. Rather, I have also added some words of encouragement into the mix since I feel like that makes the app more helpful. To be clear, there are still a ton compliments in the app. I've just gone ahead an branched out a bit with it!
The other really unique aspect of this version is the all-new "Big Brain Mode" setting. Essentially, this plugs the time of day into the compliments and words of encouragement to make them more helpful. For example, in the morning, the app might tell you to have a good day, or in the evening, it might tell you that you did a good job today. This setting can easily be enabled or disabled depending on whether you find it useful or not. However, I think it's definitely pretty neat!
That's about it for version 1.0 of Compliment Moi for Pebble! I hope to add color and make many more improvements to it once I receive the Pebble Time I purchased a few days, so be sure to keep an eye out for more updates in the coming weeks. Until then, you can get the first release from my site, the project's GitHub page, and with any luck, hopefully the Rebble store soon. I hope you like it! 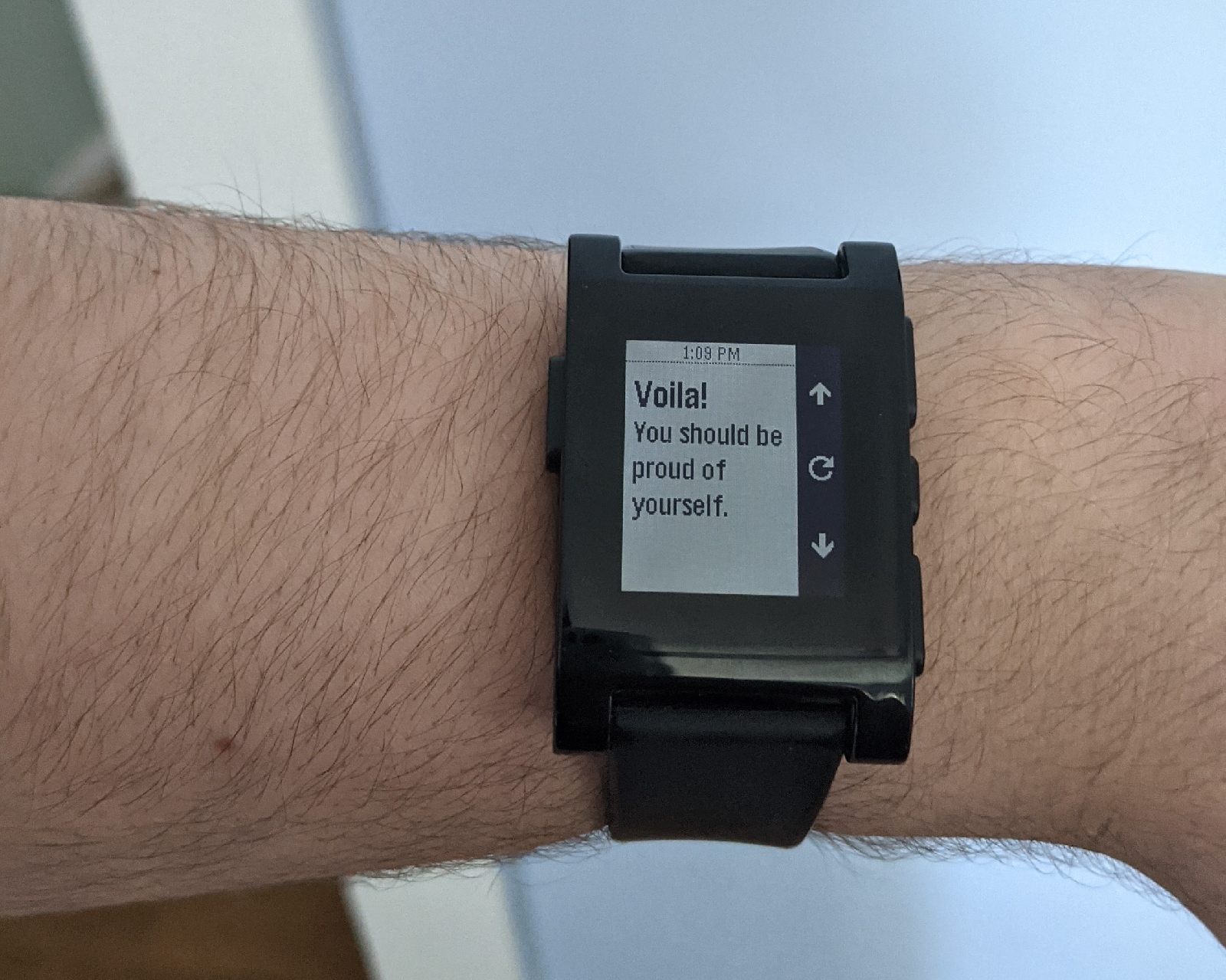