A bunch of app updates!

June 29, 2021
Hey, everyone! As I prepare to take a break from my usual projects for a few weeks, I have been releasing several app updates recently. Rather than writing separate posts about each one, I decided that it would the most sense to write one giant post about all of them at the end of the month. So, here’s what’s new in the updates that have been released (or will be rolling out shortly) over the last week!
Violoncello for iOS v1.1
Over the last few days, I haven’t released just one update for the iOS version of Violoncello, but instead two! This was not my original plan, but I submitted an update earlier today that fixes a minor bug that I discovered. It’s still waiting for review, but it should be out soon.
Anyway, the much more notable update for the iOS version of Violoncello was released a few days ago, and it makes a few important improvements to the app. For example, the URL bar’s context menu now features a “paste and go” option. This may seem pretty minor, but it is definitely handy. Otherwise, this update makes some improvements to the app’s UI, adds the new Violoncello logo, and fixes some bugs. Check it out 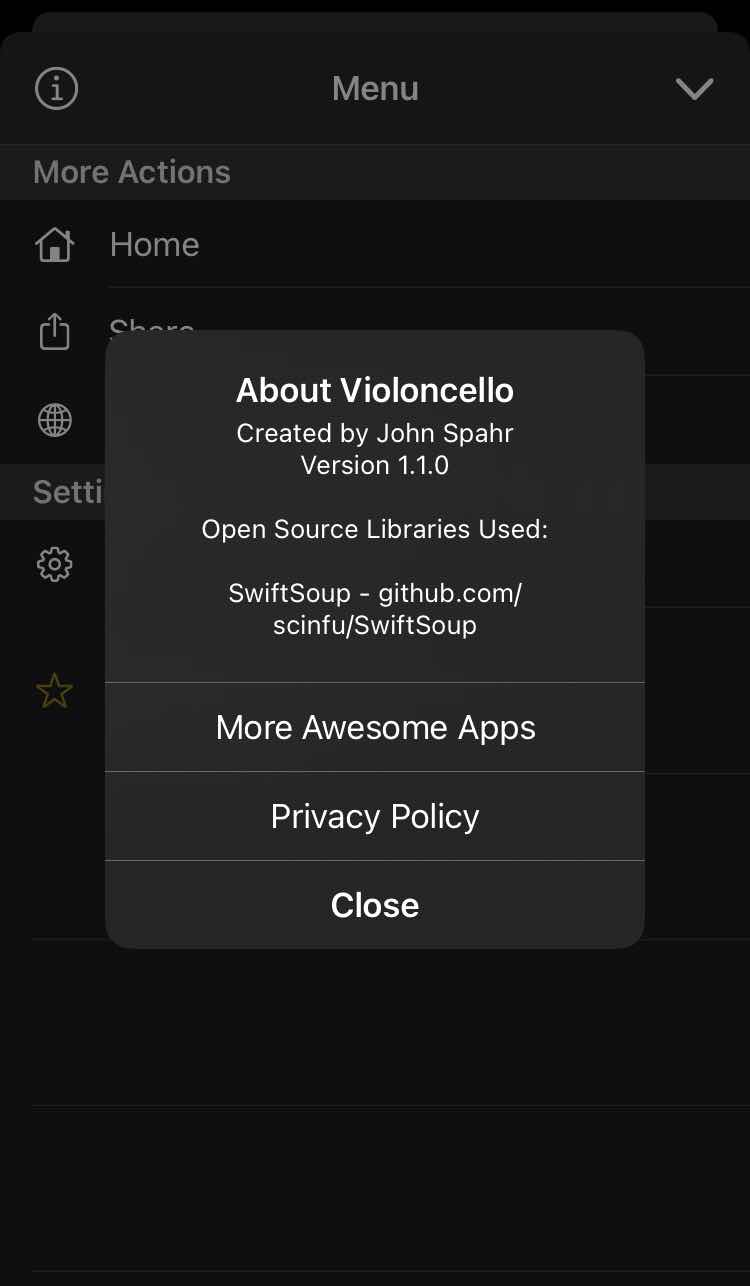 Violoncello for Windows v1.1.2
I have also released an update for the Windows version of Violoncello! It is fairly minor, but it fixes some bugs, introduces the new logo, and switches the default search engine to Google rather than Bing. While Bing did work slightly better in Violoncello than Google in my testing, the truth is that a lot of people seem to really dislike Bing. So, Google it is! Once again, this update is not by any means a particularly major one, but it does make some nice improvements to the program. Check it out
TaskNudge v1.3
Last but certainly not least, TaskNudge has also received a new update! First and foremost, this version introduces a useful new “favorite tasks list” feature. As you can probably guess, it’s a list that lets you easily store and access your frequently-used tasks. From my testing, it saves a lot of time and should hopefully be very helpful! Other improvements include a revamped tutorial/start screen, a snazzy new tab layout, some other UI tweaks, and a few bug fixes. At press time, this update is also still pending review. However, with any luck, it should also be available for download soon! Check it out