- January 01, 2022
It was on the warm and pleasant day of July 6, 2018, that I shot my first roll of film. I distinctly recall that we had decided to go on an adventure on that morning rather spontaneously, as we had no obligations to worry about that day. Our destination would be a beach town called Culver, and its main attraction was some lake that I can’t remember the name of.
Anyway, in the hurry to leave before lunch, I grabbed a few random items to entertain myself on the fairly long ride there and back. I seem to remember bringing an old flip phone, some very old Palm PDA booklets that I found around the house, and one especially important item: my mom’s even older and super compact Kodak Cameo Motor EX film camera. Indeed, I was just as much of a nerd then as I am now.
As for that Kodak Cameo, I had found it in a drawer perhaps a few days before. Surprisingly enough, my younger self seemed to have not had any problems loading a roll of film for it, and the camera actually functioned. Unfortunately, its plastics had started to crack even then, so its super satisfying flip mechanism that protected the lens didn’t quite work right. Still, it was a usable camera, and it would accompany me on my voyage to Culver.
Thus, I captured the memories of the day on that roll of film, from our drive there to the restaurant we dined at. I believe that I also took some photos of the lake, my mom, and my sister, although it’s all kind of fuzzy at this point.
On the way back home, I recall having finished the roll and eventually falling into a deep slumber. I never did develop it, and it is still sitting on my shelf to this day. Perhaps I’ll try to get it developed someday, but I’m not sure that I even used the camera properly, let alone in a way that would enable it to take decent photos. Consequently, I’m not terribly inclined to risk the expense right now. However, I would like to see if my photos survived eventually.
For now, that roll of 35mm film serves as a reminder of good times that were had and the unlikely beginning of a new hobby for me. Admittedly, I doubt the photos that Kodak Cameo produced were exactly award-winning, and a modern smartphone would likely do them more justice, but that’s not really the point. They still captured the moment, and it was good fun to use such a relic of a camera in this modern age.
Perhaps it is this appreciation for the Cameo or just plain nostalgia that led me to ask for a new Motor EX in better condition last Christmas. Thankfully, I got just that, and I shot another roll of film. This time, I took it to get developed, and as I mentioned before, it’s even managed to become a hobby for me at this point. Ultimately, though, it all comes back to me randomly grabbing that camera for an unexpected journey. It’s certainly a cool story, and it’s an interesting example of how one thing can lead to another. 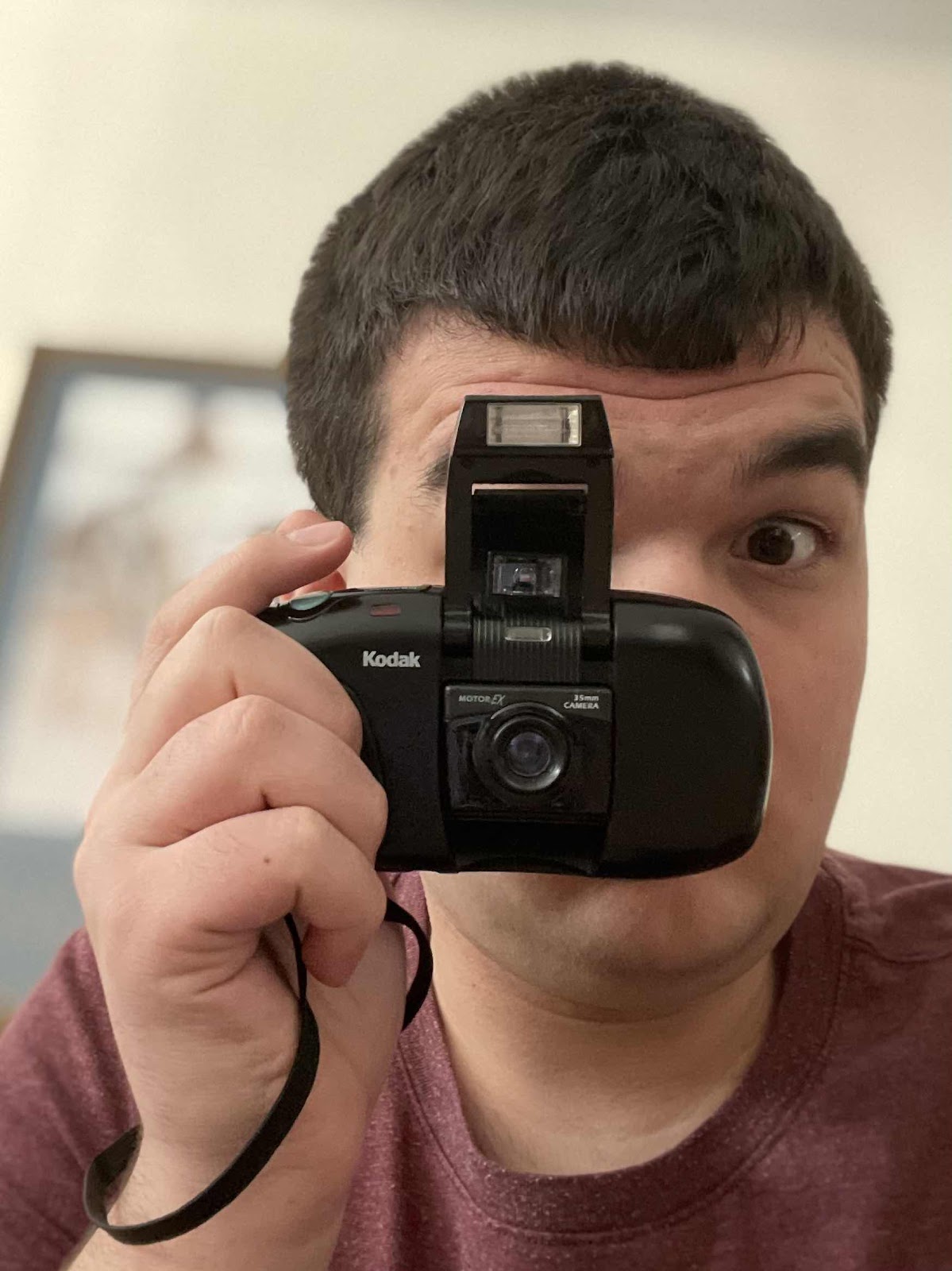 Here is a photo of me with my new Kodak Cameo. 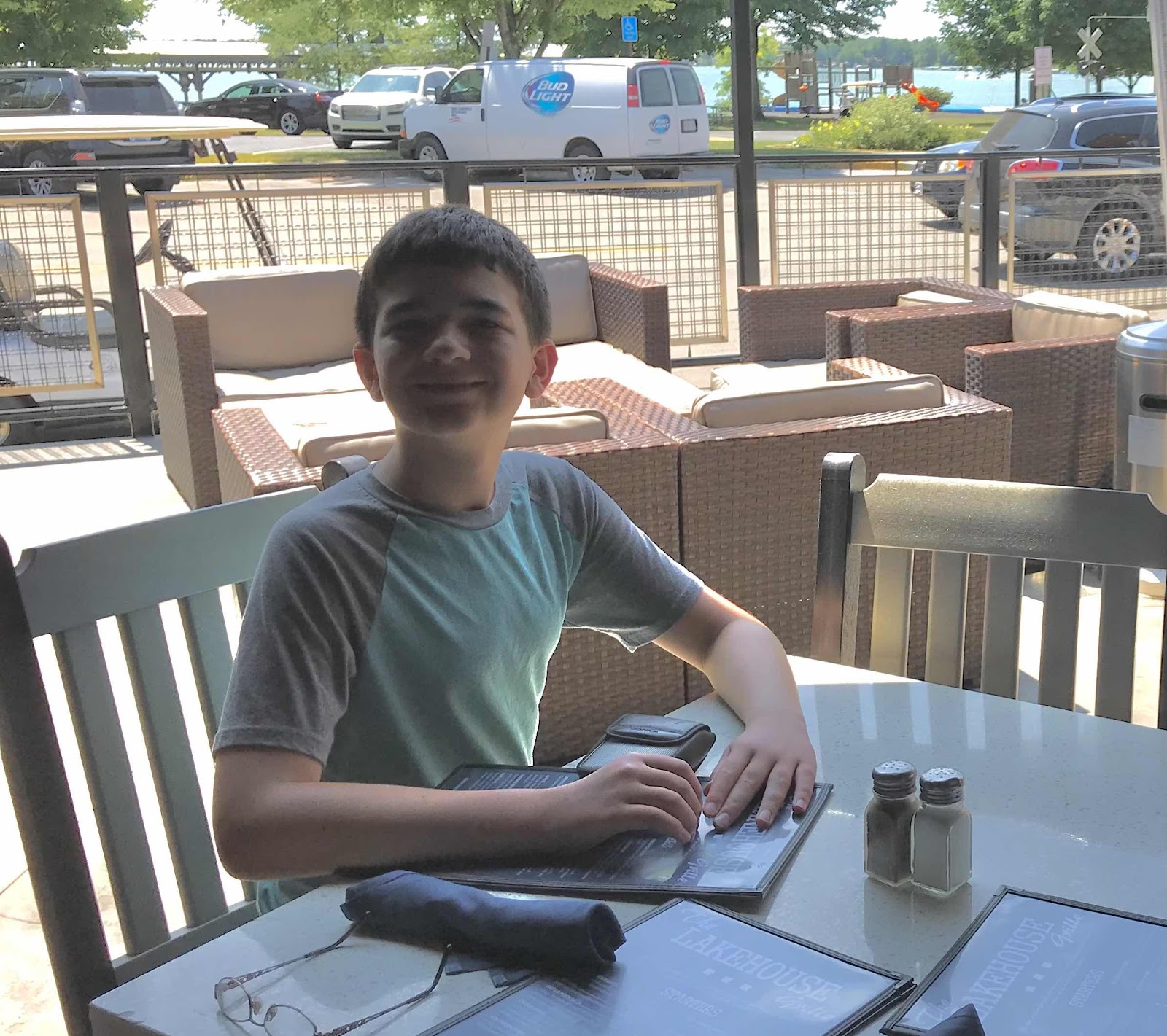 If you look closely, you can see the bag that I was carrying the camera in on the table.
Cameras Random Retro